WARENA is an ingenious combination of two recent gaming trends: Play-to-Earn and Metaverse, both inspired by Blockchain Technology. Everyone in the WARENA ecosystem can play countervailing strategy games within our vast super-realistic Metaverse while earning digital income through tokens collected from the gameplay and their contributions to the WARENA ecosystem, which could later be converted into NFTs.

Through the use of AI Personalization technology, WARENA provides players with ability to customize their characters at a deep level of munitions, gear, and skill, which allows for a more realistic experience while playing. Additionally, players can engage in battle with characters from other universi like Axie Infinity, My Defi Pet, and Cat Gunner by joining WARENA Metaverse.

WARENA is not just a normal NFTs game. Players get to immerse in the character and engage in thrilling and desperate action-survival gameplay throughout two phases: Phase 1 – Survival and Phase 2 – Metaverse.

WARENA will be introduced to various markets across South East Asia & Central Europe. Each of these versions comes with new additions to our metaverse and unlocking character abilities to our users. Within our marketplace, each NFT-based character has its own uniqueness, rarity, and advantages. This renders them valuable digital assets and easily tradable in our NFT marketplace or other decentralized exchanges. Warena aims to be a true user-owned game with its own decentralized organization called Community Council which will be managed by the community. Players can also enjoy the democratic governance model based on a liquid democracy and “real-world” rules via a Decentralized Autonomous Organization (DAO). The Community Council will be an important element of the game ecosystem, which will address both in-game issues as well as proposals regarding future game development and funding.

WEREA is more than just casual gaming, it creates a virtual world where players build their own worlds, armies, landscapes, and mighty races.

Scientists, technology, and AI have become familiar concepts to the human world as we move into the second decade of the 21st century. Humanlike emotions are becoming a reality in artificial intelligence. In industries, transportation, and other sectors, robots are gradually replacing humans.
Climate change, melting ice at the Earth’s poles have also triggered the release of ancient viruses, which had been buried deep under hundreds of millions of years of ice. There is no cure for the diseases they cause.

We’re only at the beginning…

The year 2129 marks the beginning of the survival era in the 22nd century. A tremendous development in robotics and virtual reality technology has influenced people in every sphere of life during this time period. As artificial intelligence continues to develop, people have been able to stay on top of important technological developments.
World War 3 was caused by the scarcity of resources, resulting in the extensive use of biological and nuclear weapons.

As a consequence, 90% of earth’s population has developed a strange disease that turns them into zombies, robots, or monsters or is the apocalypse.
In the next century (2229), humans endured many hardships in order to survive. Surviving survivors are in quarantine facilities and isolated bases. Mutant monsters and zombies are ravaging the world, and the survivors must find resources to survive. Conflicts over resources still occur between human bases occasionally.
Humans are now protected by robots in a new era. In most machines, devices, and transactions, the energy in the glass spheres (called Currency) becomes the commodity futures. In addition to the main engine, the machines’ parts will also be classified based on their level of optimization.

Due to the ongoing conflicts, the world now enters a restorative time – the Metaverse Stage, with a wide variety of hybrids and hybrid beings favored. Various magical races/individuals with different powers and features can be created.

About one hundred years after humans, robots, and aliens created the universe, the big bang splintered it into multiple dimensions (Metaverse). As part of the Cross-Metaverse, humans will be able to live in different regions along with cyborgs or other alien species in the Metaverse, like elves, youkai, and demons. It’s different in those lands. A symbiotic relationship, territorial competition, or trade. New Cosmic Era is the term given to this epoch.

It’s 2129 of the year of the world in the story. People’s lives have been impacted by the great development of robotics and virtual reality technology during this period. People have been able to stay ahead of significant technological developments thanks to the continuous development of artificial intelligence. Due to scarcity of resources, different strains of viruses were used in biological and nuclear weapons during World War 3.
90% of the earth’s population became zombies, monsters, and cyborgs, which could be described as the apocalypse.

Zombie-like monsters, cyborgs, and zombies made up 90% of our population
Following the extinction of the human race, survivors were sent to isolated bases & quarantine facilities for the next 100 years (2229). Mutant monsters, zombies, must be fought off with resources found by their survivors. Even today, humans still clash over resources between their bases.

Humans are now protected by robots in a new era. Glass spheres (referred to as Currency) provide the energy that allows machines and equipment to function. We will categorize robots and warriors according to the main engine level and the optimized machine parts.

The world has entered a period of innovation caused by ongoing conflicts that is conducive to many combinations of hybridization and crossbreeding. Bring to life a variety of wonderful characters/races with varying capabilities.

Gaming industry’s latest trend is the Game Monetization Model. In this model, open economy is established both online and offline (no longer purely offline). By participating in the game ecosystem, accumulating resources within the game, or buying and selling those resources, players can make money – income from the game.

The Play-to-Earn Business Model allows players to earn assets through active participation in the game and increase their asset value. In this way, players benefit themselves and other players, as well as developers.
In addition, players will receive property as a reward. Blockchain-encoded coins, in-game resources, and other digital assets can be used. In this way, having NFT value increase through the sale, exchange, and upgrade of items will cause you to earn money.

Warena is a collaboration between many experienced developers including d2mstudio, former Xbean team, software development company (ncc.asia), and crypto developers.
The project is advised, incubated, and co-led by GB, founded by successful Blockchain experts Minh Doan, Chao Ma, and RONGJIAN LAN. Minh Doan is currently running the Massbit Protocol, a large scale digital asset exchange. Former Deeper Network CTO, Harmony ONE architect, and Amazoner engineer, Chao Ma has a strong background in tech. Former Googler and Harmony ONE CEO ROGJIAN LAN is the CTO and co-founder of the company.

We’ve been able to achieve our Mission and Vision thanks to the support we’ve received from our partners, who have helped us deliver ever more innovative, effective and successful projects and programs.

A number of highly-regarded advisers have expertise in blockchain project consultation startups that support Warena’s team. They have provided our team with crucial strategic guidance because of their invaluable experience.

Minh Doan — cofounding advisor: Minh Doan works with us as a cofounder and co-founder of MassBit Protocol, which serves as an infrastructure for blockchains and Web3 applications. Minh used to be a Google tech-lead and was a former co-founder of Harmony ONE. We seek Minh’s assistance in designing all crypto-related engineering architecture, relationship building with crypto partners, and fundraising.

Chao Ma — advisor: In addition to being the former CTO of Deeper Network, Chao has been an Amazon AI engineer and was the architect of Harmony ONE’s blockchain protocol. Our blockchain engineering work is advised by Chao.

Kyle Chasse — advisor: Master Ventures aims to use blockchain technology to create a more sustainable planet by bringing together, investing in and supporting projects that support this belief, and PAID Network, a Dapp built to make executing business agreements a simple and intuitive process for everyone involved.

Since the announcement of the partnership, the Warena Twitter community has grown from fewer than 10K followers to more than 50K followers in just 4 days. We’re seeing a lot of excitement already around the Warena x Master Ventures partnership. There is a buzz among blockchain gamers about Warena’s play-to-earn metaverse.

Metaverse – what is it?

‘Metaverse,’ a term first heard in science fiction, starts with the prefix ‘meta’, which means beyond, and ‘universe’.

It involves the purchase and sale of plots of land, buildings, avatars, and even names in virtual worlds using cryptocurrency. There is space for people to stroll with friends, shop, and attend events in these environments.

Due to lockdown measures and work-from-home policies which forced more people online for both business and pleasure, the concept has surged in popularity during the pandemic. In this context, virtual reality refers to various workplace tools, community platforms, and games.

The new platforms feature blockchain technology and mobile applications, along with non-fungible tokens (NFTs), which can be used to create and monetize a new type of digital asset.

Among the big players, who stands out?

Two types of platforms can be broadly classified as part of the metaverse.

These gaming platforms, where users can compete and collaborate in games as well as create their own, include Roblox, Fortnite and Minecraft. 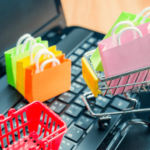 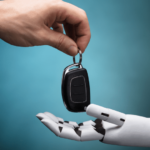