Recently, there have been reports doing the rounds about Apple’s collaboration with other automotive manufacturers about its autonomous car project. An article reports, however, that the electronics giant is beginning over, and is considering developing Project Titan all by itself.

Since talks with Hyundai, Nissan, Magna and most recently Toyota failed, the company now seems to be back where it started. Apple’s new plan is a result of discussions with various members from the automotive industry that did not go according to plan and not even one company wanted to partner with Apple. In response to this, Apple said it would no longer delay the project and take the matter in hand.

The project of the tech giant has been in the pipeline for around six years since its announcement in 2014. It is reported that the company is working on restoring its development center for vehicles. Among its responsibilities are securing the necessary supplier contracts for the vehicle, as well as processing necessary brand documentation.

Recently, Apple appointed Kevin Lynch, a well-known software executive who made software for the brand’s smartwatch, as the one responsible for overseeing its automated car project. The move is a result of Doug Field, who was overseeing the Apple car project, leaving the company to go work for Ford. Additionally, Lynch will be responsible for developing the autonomous vehicle’s hardware.

This latest development in the brand, including the appointment of a new leader and the independent handling of the project, shows Apple’s urge to bring its vehicle to market in spite of the failed talks and delays. Now all we got to do is wait. 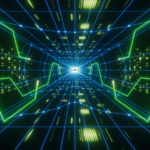 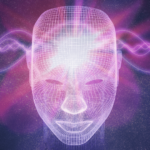