Thousands of satellites will be launched over the next few years by companies around the world to provide global high-speed internet access. Despite its convenience, it comes with a price: The skies will be polluted and astronomical observations may be contaminated as a result.

Is there a way to resolve this issue? The effects of these satellites have been modeled by researchers and various mitigation strategies have been explored. It seems, however, that finding a solution is not so straightforward.

Over the next few years, many new megaconstellations will be launched into Earth orbit, including Starlink, OneWeb, Kuiper and SatNet. Their high-speed networks will connect the planet to the internet at a global scale.

It is incredible how many satellites are being launched into orbit. The Union of Concerned Scientists, a science advocacy group, estimates that there are currently more than 3,300 active artificial satellites in Earth orbit. According to the scientists behind the new research, SpaceX’s Starlink system will have 11,926 satellites in generation 1, and 30,000 in generation 2. A total of 20,000 satellites will be launched by OneWeb, Amazon’s Kuiper, and China’s SatNet combined.

Just seventy Iridium communication satellites represented the largest constellation of satellites prior to the launch of these mega-constellations in 2018.

Almost all satellites are contaminated. Their large solar panels, as well as the satellite bodies themselves, reflect sunlight. Astronomers who use the largest telescopes on Earth to scan the heavens look at distant objects with the aid of megaconstellations as a nuisance rather than a benefit. Satellite constellations can throw off astronomical observations when they cross the field of view of a telescope, since they aren’t just one streak, but multiple streaks at the same time.

Researchers determined that available data could be used to determine how giant constellations affect astronomical observations.

Until all the satellites are in orbit and astronomers begin to study the skies, it’s impossible to forecast how bad the skies will be. Sadly, we might be too late by then. Meanwhile, an astronomical team attempted to model how megaconstellations might affect modern astronomy.

Based on publicly available information, the astronomers made their best guesses about the orbital configurations of the future megaconstellations. Afterwards, they modeled the size and brightness of each satellite, which is dependent on how the satellite appears when viewed from earth. This was followed by simulations of observations with a variety of telescopes, such as giant telescopic telescopes and high-resolution spectrographs.

Scientists found that almost all aspects of modern astronomy would be impacted in some way, since satellites will typically have enough brightness to be seen even by moderately sized professional telescopes.

Observation programs will perform better in some cases than others. The number of satellite trails seen in every exposure varies according to the telescope, the time of year, and the observing program. In particular, narrow-field instruments do not experience satellite interference, since they rarely observe more than a small part of the sky at a time.

While wide-field telescopes, such as the Vera C. Rubin Observatory, could suffer significantly from interfering satellite trails – especially at sunrise and sunset, they write in their paper published late last week to the preprint server arXiv.

A team of researchers found that the earliest and last observations of the night are most likely to be affected, since it is at these hours that satellites appear most bright and visible from the ground.

It will also affect spectroscopy. Low- and mid-resolution spectroscopic instruments, which split light into the individual wavelengths it contains and attach them to telescopes around the world, will be less affected than instruments that produce images. As a result, spectroscopic instruments will be contaminated at a much higher level, with the pollution from satellites giving roughly the same size signal as the target science data.

Image quality matters in every aspect of astronomy. Images that are polluted need to be disposed of; they are useless. Even in uncontaminated areas of the images, useful information can often be collected. Some images need to be discarded, such as those used in exoplanet detection. Thousands of hours and a lot of processing power could be lost because of this. In addition, more satellites could be launched in the future as the megaconstellation era continues.

Do we have any options?

As SpaceX’s VisorSat program darkens its satellites, reducing the visible surface area of satellites and solar panels is the best strategy for mitigation, the researchers concluded. By avoiding taking images when satellites are in view or by pointing slightly in a different direction, astronomers can also schedule their observations around constellation trajectories. Due to the frequent changes in satellite orbits, this approach requires extraordinary coordination.

In addition to removing the satellite trails later, another mitigation strategy involves removing the background from the images. Additionally, spectrometers do not take pictures, making it impossible to tell whether a spectrum has been contaminated with satellite trails.

There will have to be a continuous dialogue between megaconstellation makers and astronomers. There is no need to sacrifice a precious science to get high-speed internet access. 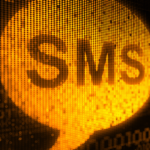 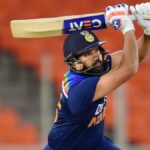