During the company’s Christmas party, Jarvis received the message on his Orbitel 901 smartphone.

According to the auction house, the NFT is a duplicate of the original SMS communication technology. The mystery buyer will also receive a digital frame with a 3D animation of the message being received, as well as payment in the cryptocurrency Ether.

According to Aguttes’ website, Papworth and his colleagues were working on a method of communication that would allow their client, Vodafone, to allow users to send messages to each other’s phones.

They polished the code over time, and text transmission over Vodafone’s network became a reality.

“I had no clue how popular texting would become in 1992, or that it would give rise to emoticons and messaging programmes used by millions,” Papworth was cited by the auctioneer as saying.

“I only recently told my kids that I was the one who sent the first SMS. With hindsight, it’s evident that the Christmas message I sent marked a watershed moment in mobile history “he added.

Texts could not be sent from cellphones at first since they lacked keyboards. However, because to the launch of the Nokia 210 in 1994, these were possible to be sent from phones.

Text messages became popular five years later when they could be delivered across numerous telecommunications networks. According to the press release, texting has begun to supplant phone calls as a way of communication.

SMS — which stands for “Short Message Service” — has now been adopted by a variety of digital platforms, including Twitter.

With the development of Internet acronyms and emoticons, individuals’ choice of how to express themselves has evolved throughout time.

The art world is being shaken up.

NFTs are shaking up the art world in the same way that the world’s first SMS changed the way people communicated.
Non-fungible tokens are a type of cryptocurrency that transforms digital artwork into one-of-a-kind, verifiable items that can be sold on the blockchain.

Each NFT is unique, which means that no two tokens are alike. Virtual art has become mainstream after the first NFT artwork was sold for $69,346,250 at a Christie’s online auction in March.

A distracted trader sold an NFT for a tenth of its market price earlier this month. More recently, Wikipedia co-founder Jimmy Wales sold an NFT of the first ever edit made on the site, demonstrating how virtual art may be used to memorialise historical events in the Internet culture.

“The first printed book, the first phone call, the first email, all these technologies have altered our lives and communication in the world,” said Maximilien Aguttes, development manager at Aguttes auction house, of the sale of the SMS NFT.

“The first text message, which was sent in 1992, represents a milestone in human and technology advancement. ‘Merry Christmas,’ it said, sending a joyful message “Aguttes went on to say.

The revenues from the sale will be given to the UN Refugee Agency, Vodafone announced earlier this month. 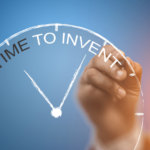 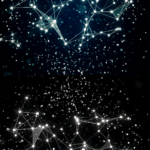