Its Chinese subsidiary Canon Information Technology has installed cameras with AI-enabled “smile recognition” technology to deal with the problem of workplace morale. In the company, no employee can enter a meeting room or enter a room unless they are smiling, so employees are always 100 percent happy.

A lot of Canon’s products are known for their innovation and devotion to quality. There are already a number of patents in the name of the camera company related to future technologies. An existing product has been repurposed in this case. Canon’s cameras are being used to gauge the productivity of its employees in the workplace, according to a new report. How, though?

Cameras with smile recognition technology have been installed in Canon’s China headquarters. Employees with smiley faces are identified by the cameras. In the workplace, they are only allowed if they’re smiling. It is to prevent any stress and ensure that the staff is completely satisfied. There is, however, more than one explanation for this.

It is no secret that China keeps track of the movements and activities of it’s citizens through a sophisticated surveillance system. The Government takes the issue of security very seriously. It all began when Chinese companies began monitoring employees in an alarming manner using artificial intelligence and algorithms. According to the Financial Times, this occurred.

Moreover, corporations monitor which program employees are using on their computers using CCTV cameras. Lunch breaks are also tracked by mobile applications. Employee movements outside the workplace are also monitored.

One employee, according to a source, wrote on Weibo (China’s equivalent of Twitter): “Now the companies are manipulating our time and emotions as well.”

“Workers are not being replaced by algorithms and artificial intelligence. Instead, the management is being sorted of augmented by these technologies,” King’s College London academic Nick Srnicek told The Financial Times. “Technologies are increasing the pace for people who work with machines instead of the other way around. Just like what happened during the industrial revolution in the 18th century.”

In 2020, the new smile recognition technology became available as a workplace management tool. Employees must “fake a smile” to gain entry to their workplace, which has gained attention for obvious reasons. AI cameras that recognize smiles are still not widely accepted in worldwide markets. China became an easy target for Canon Information Technology.

Canon China, on the other hand, defends the technology, saying it was just created to nurture a good environment. Nikkei Asia spoke with a Canon spokesperson who discussed the company’s goal of promoting positive atmosphere through the use of this system with smile detection enabled. Smiles are usually a rarity among people. But once they get used to smiling at work, they continue to smile anyway, which creates a lively and positive atmosphere.”

It appears, however, that the new technology violates private information more than it assists. The way Canon introduces its technology in other countries will be fascinating to watch. 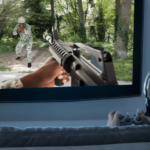 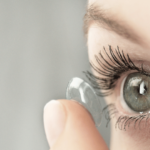