Tesla CEO Elon Musk announced to investors on Thursday that the company is relocating its headquarters from Silicon Valley to Texas, where it is building a plant.

“I’m excited to announce that we’re moving our headquarters to Austin, Texas,” Elon Musk said at an annual shareholders meeting.

“Just to be clear, though, we will be continuing to expand our activities in California.”

Despite shortages of computer chips and other components, Musk claimed Tesla sales are healthy and the business is speeding up delivery.

Musk stated that Tesla plans to raise output at its Fremont, California, plant by 50%.

However, he claims that the facility has reached its limit in terms of how much more it can handle.

“When we first went in there it was it like a kid in his parents’ shoes; tiny us and this giant factory,” Musk said of its inaugural plant in Silicon Valley.

“Now, it’s like a spam can. We are hitting the sides of the bowl.”

He pointed out that the cost of living in Silicon Valley is exorbitant for workers, with house prices out of reach for those who are forced to drive great distances.

Musk has clashed with California officials and is one of many high-profile tech personalities who have departed the state for regions with cheaper taxes and fewer regulation.

Diversity is the key to success.

According to early results, a stockholder-submitted motion to have Tesla reveal more about its diversity and inclusion efforts was approved, despite objections from the board of directors.

It requests for detailed breakdowns of Tesla’s employees by race and gender, as well as information on how successfully the company’s initiatives to enhance diversity are working, to be made available to investors on a regular basis.

“The business case for diversity is clear,” said Calvert Research and Management vice president Kimberly Stokes, who spoke on behalf of the proposal.

“As shareholders we are concerned that Tesla’s lack of focus on equity, diversity and inclusion could hinder the company’s ability to innovate in the future.”

Calvert’s proposal was one of four put out by investors who wanted Tesla to improve worker rights and well-being.

A California jury this week awarded $137 million in damages to a Black former Tesla employee for allegedly turning a blind eye to racism at the company’s Silicon Valley auto production.

“They awarded an amount that could be a wake-up call for American corporations,” said civil rights attorney Larry Organ, who represented the former Tesla worker.

According to the court complaint, Owen Diaz was hired as an elevator operator at the electric vehicle maker’s Fremont factory through a recruiting agency between June 2015 and July 2016, when he was subjected to racist abuse and a hostile work environment.

The plaintiff “encountered a scene straight from the Jim Crow era” instead of a modern workplace, according to the lawsuit.

According to Organ, a jury in federal court in San Francisco awarded Diaz $130 million in punitive damages and $6.9 million in emotional suffering on Monday.

Human resources vice president Valerie Capers Workman discounted the allegations of racist abuse in the lawsuit in a blog post, but admitted that Tesla “wasn’t ideal” at the time Diaz worked there.

Tesla has changed while Diaz was there, according to Workman, with the addition of a diversity team and an employee relations staff committed to examining employee complaints. 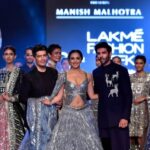 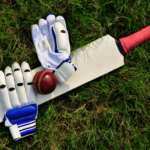