Sanjay Bhargava has been named the first-ever Country Director for SpaceX’s Starlink satellite broadband venture in India. Bhargava’s new post is collaborating with Elon Musk on yet another of his projects.

Elon Musk’s SpaceX has appointed a top executive in India as part of a drive to grow its presence in the nation. Sanjay Bhargava will join the Starlink team as Country Director India beginning next month, according to the world’s premier space company.

Sanjay Bhargava will join SpaceX as the Country Director for Starlink in India on October 1, 2021. Bhargava announced the news in a LinkedIn post yesterday. He spoke about his impending job in the piece and noted that he shared a common vision with Starlink to promote India’s connectivity transformation, beginning with rural areas.

Bhargava also mentioned that he has worked with Elon Musk in the past. When Musk launched PayPal, a digital payment platform, it was in the early 2000s. Bhargava was a member of the service’s founding team.

Bhargava, on the other hand, has been working on other projects in India since 2004. Bhargava will try to grow the presence of SpaceX’s satellite broadband provider Starlink in India now that he is working with another Elon Musk-run company.

Starlink, a SpaceX effort, is one of the world’s premier satellite broadband services, rapidly growing its footprint in countries. The service uses a constellation of low-earth-orbit satellites to bring Internet access to even the most remote regions of the globe.

Starlink, according to Elon Musk, the founder and CEO of SpaceX, will break traditional barriers to offer connectivity to such remote locations. As a result, the concept is to deliver the service in areas where no other types of internet connectivity have yet been noticed. Starlink offers greater communication rates than cables can provide to the rest of the planet.

Starlink began its public beta service in numerous countries in October of last year, according to an article. Musk announced little over a week ago that the service will be ready to leave beta testing by October of this year. If all regulatory permits are received by then, SpaceX is expected to launch Starlink services for Indian clients by next year.

SpaceX even intends to keep a local manufacturing facility in India for satellite communications (satcom) equipment, such as antenna systems and user terminal devices. It has been in discussions with industry participants and stakeholders, including the Department of Telecommunications, in order to achieve this (DoT). 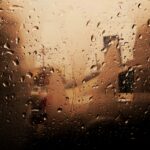 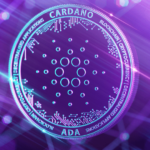