Nasa announced 10 new astronaut candidates to the public, with ambitions to return to the Moon with a larger presence this time and then fly to Mars. Dr. Anil Menon is one of them, having been chosen to undergo a two-year rigorous training programme before being entered into missions ranging from study onboard the International Space Station to landing on the moon’s surface and eventually to Mars.

Anil Menon is one of six men and four women who were presented to the public by Nasa Administrator Bill Nelson as members of the 2021 astronaut class, the first in four years. The ten finalists were chosen from among 12,000 individuals who applied for the prestigious position.

A medical physicist, drilling specialist, marine roboticist, Nasa-turned-SpaceX flight surgeon, and bioengineer who was a champion cycle are among the astronaut applicants. They will be joined by two astronauts from the United Arab Emirates for training. It’s worth nothing that since the initial Mercury Seven in 1959, NASA has admitted 360 persons into its astronaut corps. The last time an astronaut was chosen was in 2017.

Anil Menon: Who is he?

Anil Menon, a Lieutenant Colonel in the United States Air Force, is the son of Ukrainian and Indian immigrants. He served as SpaceX’s first flight surgeon, assisting in the launch of the company’s first humans into space on NASA’s SpaceX Demo-2 mission and establishing a medical organisation to support the human system on future missions.

Dr. Menon has previously worked for Nasa as a crew flight surgeon on multiple International Space Station deployments. The 45-year-old physician specialises in emergency medicine and has completed fellowships in wilderness and aerospace medicine. Menon was a first responder during the 2010 Haiti earthquake, the 2015 Nepal earthquake, and the 2011 Reno Air Show tragedy, according to his Nasa biography.

He graduated from Harvard University with a bachelor’s degree in Neurobiology in 1999 and a master’s degree in Mechanical Engineering from Stanford University in 2004. He received his Doctor of Medicine degree from Stanford Medical School in 2009. Menon studied Huntington’s illness at Harvard and spent a year in India as a Rotary Ambassadorial Scholar studying and supporting polio immunisation. Menon enlisted in the California Air National Guard and obtained wilderness medicine skills by assisting in distant adventure events like as Racing The Planet.

He served in Operation Enduring Freedom in Afghanistan and for the Himalayan Rescue Association, caring for climbers on Mount Everest. Menon later served in the military with the 173rd Fighter Wing and completed an aerospace medical residency. He has over 1,000 hours of flight time as a flight instructor.

He is married to Anna Menon, a SpaceX employee, and the couple has two children.

Who are the new candidates for astronaut?

Apart from Anil Menon, Nasa has chosen nine additional people to train as astronauts for future flights. The following are the nine new candidates:

Nichole Ayers is a Major in the United States Air Force and an experienced combat aviator with over 200 combat hours and over 1,150 total flying hours in the T-38 and F-22 Raptor fighter jets. Ayers is one of the few women presently flying the F-22, and she commanded the first all-female F-22 formation in combat in 2019.

Marcos Berros, A test pilot with more than 110 combat missions and 1,300 hours of flight time in more than 21 different aircraft, he is a Major in the United States Air Force.

Deniz Burnham is a Lieutenant in the United States Navy and an accomplished leader in the oil business, having managed onshore drilling projects in Alaska, Canada, and Texas.

Luke Delaney, A notable naval pilot who engaged in drills around the Asia Pacific area and completed combat missions in support of Operation Enduring Freedom, the retired US Marine Corps major Luke Delaney is a remarkable naval aviator. He flew multiple flights analysing armament system integration as a test pilot and also worked as a test pilot instructor.

Andre Douglas was a naval architect, salvage engineer, damage control assistant, and officer of the deck in the United States Coast Guard.

Jack Hathaway: As a naval pilot, Hathaway flew and deployed with Navy’s Strike Fighter Squadrons 14 and 136 aboard the USS Nimitz and the USS Truman, respectively. 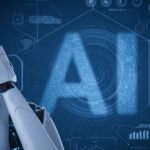