Now the Iconic Figure of India, Amitabh Bachchan has taken a plunge in to the world of Non fungibles. These NFT’s will be a collection of the Actor’s very limited Collection of unique and rare Artworks themed around his Life. These NFT’s are being considered gold for the people with a rare taste of collecting limited artworks of tokens that are themed around Amitabh Bachchan and his Hall of Fame Chapters of Life.

Prime focus on the Mega Star’s recital of poems by his father Harivansh Rai Bachchan, this legendary popular star does know his way around maintaining his legacy. Many would consider the recital of his father’s poems as the permanent mark on the NFT world on the blockchain and the star seems to have a pretty good grasp over the concept of blockchain. Earlier Amitabh Bachchan was also among the first to get his hands on Bitcoin and have had made Investments that showed how evolved he’s into what’s going on in the world. He has accumulated popularity & Digital Assets hand in hand!

Although we know the star has some resourceful team of financial advisors who keep on updating the star on the latest of what’s what and who’s who, the same has been rumored that the star’s son Abhishek Bachchan is the one who stays on top of these worldwide events & the futuristic aspects of Investing. Nevertheless, this deep dive into the Non fungible is not just driven by a financial goal but also to leave a legacy for his father, and the attempt at same has been considered no less than noble. He will also share anecdotes from his much celebrated career.

Where can I find his limited artwork digital assets?

The BeyondLife.club website will also allow people to share their NFT idea on the platform, which will then be communicated to Amitabh Bachchan. “It could be an audio clip, a signed poster or even a meet and greet. Go wild,” the website said.

The BeyondLife.club website will also allow people to share their NFT idea on the platform, which will then be communicated to Amitabh Bachchan. “It could be an audio clip, a signed poster or even a meet and greet. Go wild,” the website said.

For those who are still new to the world of Non fungibles, NFTs are stored on a blockchain that allows the creation of unique identity to digital assets such as paintings, games, music albums, collectible sports cards and a lot more. The NFTs can be used to represent items such as photos, videos, audio, and other types of digital files. 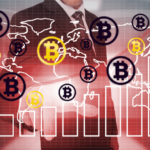 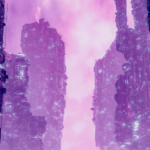