In a landmark study, scientists detected microplastics trapped in the lungs of living people for the first time, showing that we are inhaling these harmful particles without even realising it. The latest study suggests that this could have a negative influence on the respiratory system, creating serious issues.

Microplastics are minuscule plastic fragments less than five millimetres in length that have been detected in oceans, mountains, and the atmosphere. Large plastic trash dissolves into smaller and smaller fragments, resulting in these. These microscopic particles quickly bypass water filtering systems and end up in the ocean, posing a risk to aquatic life.

In 11 of the 13 lung tissue samples analysed, a team of scientists from Hull York Medical School and the University of Hull discovered 39 microplastics, which was greater than any prior laboratory test. The journal Science of the Total Environment has approved the article for publication.

“Microplastics have previously been found in human cadaver autopsy samples – this is the first robust study to show microplastics in lungs from live people. “It also shows that they are in the lower parts of the lung. Lung airways are very narrow so no one thought they could possibly get there, but they clearly have,” said Dr. Laura Sadofsky, Senior Lecturer in Respiratory Medicine at Hull York Medical School and lead author of the paper.

The research was done out using living lung tissues obtained from surgical procedures performed on still-living individuals as part of their usual medical care.

Microplastics, which have a wide range of applications and are widely found in packaging, bottles, clothing, rope/twine, and many manufacturing processes, have been discovered by scientists. Male patients had much higher levels of microplastics than female patients, according to the researchers. 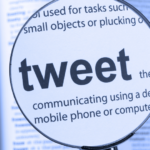 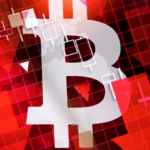