In honour of its late founder, Samir Bangara, Qyuki Digital Media, home to India’s celebrity online producers, has released an exclusive musical NFT collection. The company announced 9 tracks from its inaugural season of “Jammin” and a bonus video of Samir speaking at the event’s finale will “drop” on the WazirX NFT Marketplace over the next few weeks in the lead up to the festive season at the 2021 edition of the industry’s premier annual conference All About Music. Cuddles Foundation, an award-winning NGO that provides holistic nutritional support to youngsters suffering from cancer, will receive the entirety of the auction’s initial revenues.

Non-fungible tokens, or NFTs, are one-of-a-kind digital certificates of ownership of artworks that are verified on a blockchain or other “decentralized ledger” -based digital network. An NFT’s long-term value is derived from the asset’s inherent creative and historical significance. Qyuki has chosen to give the whole Season 1 repertoire of “Jammin,” marking a watershed moment in India’s creator economy’s brief but thrilling history. Jammin, a musical “collab” of a different kind, was created by Qyuki in partnership with Youtube, and it expressed Samir Bangara’s ardent confidence in digital creators. Arjun Kanungo, Sanam, Shraddha Sharma, JonitaGandh, Maati Baani, Sanah Moidutty, Raaga Trippin’and Siddharth Slathia, who had built their audience and fame entirely online, got the chance to collaborate with leading mainstream composers Salim-Sulaiman, Mithun, and Clinton Cerejo for the first time in India. Throughout the second half of 2016, their songs were uploaded on Youtube, and the season culminated with a spectacular concert finale in Mumbai, where Samir’s emotional speech energised the crowd.

Starting October 15th, the 10 NFTs will be exclusively available on the WazirX NFT Marketplace and will be part of the Binance smart chain network. Each will have a reserve price of Rs 1 lakh (in bitcoin equivalent on the day) and will be a one-of-a-kind digital artwork, immortalising Samir’s legacy. Because of the Binancenetwork’s capacity to include “smart contracts,” 10% of the earnings from all future secondary transactions of these assets will be donated to the Cuddles Foundation in perpetuity.

“We are happy to launch this project at All About Music 2021 and to be cooperating with Vishakha and her team from WazirX NFT Marketplace to honour Samir’s memory,” Abhimayu Radhakrishnan, Managing Director, Qyuki, said of the collaboration. We miss him every day and wanted to do something to honour his legacy as a visionary at the crossroads of creativity and technology. This NFT sale is more than just a collection of cute profile photo jpegs; it’s a watershed event in India’s creator ecosystem.We hope that in the future, more creators and artists will explore the possibilities of new technology to market their work, and we are thrilled and honoured to be donating our Intellectual Property to a good cause run by our inspired colleagues at Cuddles Foundation, lead by Purnota.”

“Samir Bangara was a legend and he was assisting and empowering creators through his company Qyukiby defying the current quo,” said Vishakha Singh, VP WazirXNFT Marketplace, of the collaboration. We’ve been focusing on creating launchpads for Indian producers since the NFT Marketplace was launched. This partnership is very near to my heart because it shares his mission of empowering creators and honours the legend himself. What makes this drop even more unique is that the whole auction earnings will be donated to a good cause. We’re excited to bring these vintage NFTs to WazirX.NFTs are an excellent tool for fan engagement, and WazirX has been assisting budding producers in the passion economy by giving them with a forum to not only showcase their work but also to honour industry icons.”

PurnotaDutta Bahl, Founder & CEO, Cuddles Foundation, commented on the initiative’s social impact, saying, “It’s amazing to see new technology being used to promote both artists and charities like ours.” We are quite grateful to Qyuki, WazirXNFT Marketplace, and the artists for allowing us to participate in this project. The funds raised will be used to offer nutrition and care to children battling cancer at Mumbai’s SRCC Children’s Hospital. The majority of childhood malignancies are treatable, and nutrition plays an important role in bringing children closer to a cure.With 50,000 children diagnosed with cancer in India each year, the fact that even future secondary sales of these creative assets would be contributed to the Cuddles Foundation is a significant victory in the fight against paediatric cancer 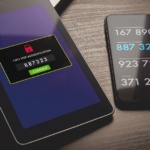