In one of the most notable tech and business-focused federal budgets released by New Delhi on Tuesday, India suggested creating a digital currency by next year and a 30% tax on income from the transfer of virtual digital assets such as cryptocurrencies and NFTs.

India’s finance minister, Nirmala Sitharaman, proposed a 1% tax deduction at source on payments made relating to the acquisition of virtual assets to capture data of all crypto transactions.

“No deduction in respect of any expenditure or allowance shall be allowed while computing such income, except for the cost of acquisition.” Further, loss from the transfer of digital assets cannot be set off against any other income, ”she said. “Gifts of virtual digital assets are also proposed to be taxed at the hand of the recipient.”

Despite regulatory ambiguity, the idea comes at a time when the buying of cryptocurrencies and NFTs is swiftly gaining traction in India.

The growing popularity of crypto tokens has spawned a slew of new businesses trying to disrupt the market. Last year, Andreessen Horowitz made its first investment in India, financing CoinSwitch Kuber, a cryptocurrency exchange.

“The magnitude and frequency of these transactions have made it imperative to provide for a specific tax regime,” she said.

She also stated that India’s central bank will launch a digital currency in the coming fiscal year. For some months, the country’s central bank has been putting the CBDC through a series of controlled trials around the country, studying its influence on the banking and monetary systems.

The latest ideas have added to the confusion among entrepreneurs, venture investors, and the general public about how New Delhi intends to deal with cryptocurrency. New Delhi appears to be either recognizing virtual assets as legal cash or, as one investor speculated, “taking their pound of flesh from all the action” by instituting a tax regime for crypto-related transactions.

New Delhi also promised to open up its defence research and development to startups, as well as fight for more access to the internet and digital banks in rural areas.

This story is a work in progress. More to come… Keep reading askinnovativeindia.com 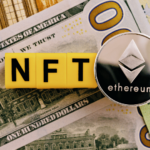 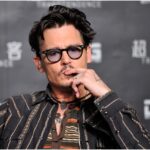