Gaming has come a long way in the past decade and is no longer just a hobby. More and more people are gaming as a means of keeping themselves entertained and they are becoming more and more demanding. To help these gamers, companies have been developing technologies to make gaming more realistic. For example, virtual reality has been developed to help create the illusion of being in a completely different world. Virtual reality creates the illusion of your body being somewhere else without having to actually be there, but haptic feedback technology can go a step further. Haptic feedback technology, which is now being used by pro gamers, allows for pinpoint precision realism for every gamer.

Haptic feedback technology has made it possible for video games to get much more realistic and immersive. This technology gives players the sense of touch to enable them to feel the difference between surfaces and objects in the game. With a mobile app, gamers can use their fingertips or an external device such as a VR headset to experience the sensation of touching, gripping, and feeling what the game is like. The use of this technology in video games has also been growing at a rapid pace. Here is how they lend precision to gaming.

Haptic feedback technology vibration helps pro gamers to use their hands to get a better feel for the controller. It is commonly done with vibration, as there are two types of eccentric rotating mass (ERM) actuators, consisting of an unbalanced weight attached to a motor shaft. The difference between these two ERM types is that the gyroscopic ERM has an internal flywheel that keeps the weight in motion while the friction ERM relies on mechanical friction and is not capable of motion when there is no load on the motor shaft. A recent study, for example, found that gamers enjoyed the vibration that haptic feedback provided. It enhanced their gaming experience and helped them to play better. A recent study published in “Proceedings of the ACM Conference on Human Factors in Computing Systems” found that vibration increased both accuracy and speed of gamers when using controllers to play first-person shooter games.

There are a number of different types of Force feedback technology. There is one type that is very helpful for pro gamers and video game developers. Haptic feedback and uses motor-driven actuators to simulate touch feedback. In the past, the feedback given to a player by video games was usually visual and auditory. This meant that some players who couldn’t hear or see the game would not be able to participate. The haptic feedback device helps the gamer feel the same force they are seeing on the screen in real life. The device has become important for pro gamers because it provides a more realistic and interactive experience for them.

When pro gamers are playing their games, there is always a thought in the back of their minds. They always want to be able to perform to the best of their ability. There is one particular technology that has been around for a while, but has never been implemented in gaming. This technology is called haptic feedback and is a sensation of touch or vibration felt by the player, also known as “force feedback.” As the name suggests, Air vortex rings are donut-shaped air pockets made up of concentrated gusts of air. They are able to exert the force to blow out a candle or disturb papers from a few yards away. Using these rings for professional gamers can help improve the realism of the game by giving the gamer a sense of touch as if they were actually controlling the game on a console.

Haptic feedback technology has ultrasound which helps pro gamers. For a new player, it can be hard to get the hang of a game. In the past, gamers could find this to be difficult as they didn’t have any physical feedback of what they were doing wrong. But, this has all changed now with haptic feedback technology. This tech can give them a sense of what is happening and let them improve their performance. Haptic feedback is a technology that is used in many different fields and is utilized to simulate the sense of touch, which can be created through any type of tactile medium. There are many forms of haptic feedback that exist today and one of them is focused ultrasound beams.

The gaming industry is constantly evolving and companies are becoming more aware of how important technology is for the industry. For example, Sony recently announced that they would release the DualShock 4 controller that will include haptic feedback technology. The Impulse Trigger technology from Microsoft is also being used in their new console, the Xbox One. This is the technology that allows for the sensory experience of an artificial object. This new technology is creating an innovative way for gaming controllers to give players a realistic sensation of interacting with their game. It is a great way to add immersion to the game, which is crucial in pro gaming. 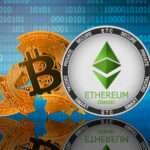 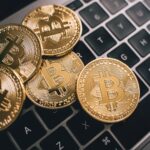