Metaverse: What is it?

A metaverse can be broadly defined. In general, it refers to shared virtual worlds that are accessed through the Internet.

Metaverse is also a term used to describe gaming worlds where players have a character that can walk around and interact with other players.

The blockchain technology is also used in one type of metaverse. They allow users to purchase virtual land and other digital assets using cryptocurrencies.

Most science fiction books and films take place in fully-fledged metaverses, or virtual worlds that seem identical to the real world. Still, these are just stories. At present, virtual spaces resemble the inside of a video game more than they do real life.

An anonymous source with direct knowledge of the matter told The Verge that Facebook plans to rebrand itself to reflect its focus on building metaverses.

CEO Mark Zuckerberg plans to speak about the change at Facebook’s annual Connect conference on Oct. 28, but it could happen sooner. The name change is meant to convey Facebook’s ambition to become known for more than its social media presence.

The goal for Facebook is to create a holding company that includes its family of apps, including WhatsApp, Instagram, Messenger, Oculus, and its eponymous blue brand.

Zuckerberg had said during an earnings call in July that Facebook’s future lies in the ‘metaverse’.

At the time, the company’s business practices are being scrutinized increasingly by the US government. Congressional representatives of both parties have condemned Facebook, illustrating the growing anger in Congress.

As Silicon Valley firms expand their services, it is not uncommon for them to change their names. Google formed Alphabet Inc in 2015 to oversee a range of ventures, including providing internet services in remote areas, as well as expanding beyond its search and advertising businesses.

On Oct. 18, Facebook announced plans to hire 10,000 employees in the European Union aimed at building metaverse – a virtual world in which people exist and communicate in shared spaces. As part of the partnership, the company will invest $50 million in building the virtual world responsibly with partner organizations. It plans to connect nearly three billion users through augmented reality (AR) and virtual reality (VR). 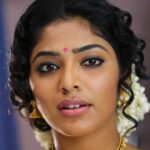 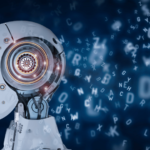