The Grammy Awards will be commemorated by the NFTs, which will be distributed as souvenirs and experiences. The nominees and prize recipients will also motivate the NFTs. The Grammy Award will be used to create the coins, which will be created by well-known crypto artists. Given how lucrative the NFTs have been this year, the Grammys have stated that a percentage of the revenues would be donated to the Recording Academy’s scholarship fund.

The Recording Academy’s Co-President, Panos A. Panay, said the organisation is always looking for new methods to help artists and uncover new forms of creative expression, as well as new revenue streams and opportunities for fans to engage with artists. Jones, an American record producer, said in a statement about the planned business that he has been an advocate for artists throughout his career and that any technology that helps musicians make a livelihood is something he would wholeheartedly support. He went on to say that knowing that his NFT marketplace is working to bring more money into the ecosystem thrills him, and that he has been with the Recording Academy from its start excites him even more.

Jones debuted his eco-friendly NFT marketplace in August of this year, with an NFT from vocalist Doja Cat in the initial artist collection. Her NFT was auctioned for $188,000 (Rs1,40,11,170), making it the single biggest auction transaction on Tezos, the blockchain platform that underpins OneOf.

The NFT collections will be revealed by the Recording Academy in early January 2022, ahead of the next year’s Grammy Awards, which will be held on January 31. 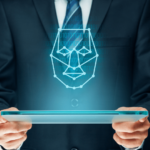