Coronal loops, which are well-defined hot strands of plasma that arch out into the sun’s atmosphere, are a familiar sight in solar imagery. However, many of the ostensibly visible coronal loops may not be there at all.

Some coronal loops could be an optical illusion caused by “wrinkles” of higher density in a plasma curtain known as the coronal veil, according to research published in the Astrophysical Journal on March 2. If confirmed, the discovery, which was triggered by unusual plasma formations discovered in computer simulations of the sun’s atmosphere, might transform how scientists measure some of our star’s attributes.

“It’s kind of inspiring to see these detailed structures,” says Markus Aschwanden, an astrophysicist at Lockheed Martin’s Solar & Astrophysics Lab in Palo Alto, Calif., who was not involved in the study. “They are so different than what we anticipated.”

Only in the last several years have scientists begun to gain a greater grasp of the sun’s complicated atmosphere, or corona. Coronal loops have been used to assess a variety of corona parameters, including temperature and density, and they could be crucial in determining why the sun’s atmosphere is so much hotter than its surface. However, astronomers have long pondered how the loops appear to be so ordered when they begin in the tumultuous surface of the sun.

So solar scientist Anna Malanushenko and her colleagues used 3-D computer simulations initially designed to analyse the life cycle of a solar flare to try to isolate individual coronal loops. Because coronal loops appear to line themselves to the sun’s magnetic field, like metal shavings around a bar magnet, the scientists expected to see precisely organised strands of plasma.

Instead, the plasma took the form of a curtain-like structure that wound out from the sun’s surface and folded in on itself like a wrinkled sheet. Many of the ostensibly coronal loops in the simulation turned out to be fakes. There were structures along the magnetic fields, but they weren’t as thin or compact as one might assume. They looked more like clouds of smoke. The shape and direction of the creases in the veil in the simulation altered as the researchers shifted the point of view from which they looked at them. The creases also looked like coronal loops from certain angles.

According to Malanushenko of the National Center for Atmospheric Research in Boulder, Colorado, the findings were “mind-blowing.” “It was once considered that if we detect an arching coronal loop, it means there’s a garden hose–like strand of plasma present.” The simulation’s structure was far more sophisticated, with raggedy boundaries and a raggedy structure.

However, not all coronal loops within a coronal veil are illusions. “We have no idea which ones are authentic and which are fake,” Malanushenko says. “And we must be able to tell in order to research the solar environment.”

“It’s also unclear how the alleged coronal curtain might affect earlier solar atmosphere analyses.” “On the one hand, this is sad,” Malanushenko says of the new results’ ability to cast doubt on past assumptions. She, on the other hand, enjoys the ambiguity. Astronomers will need to devise a method of seeing and verifying the veil’s presence. “We open the door for fresh information whenever we establish new approaches.” 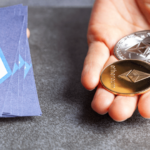 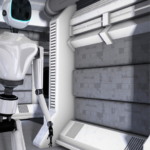