The Nintendo Switch has an AI component that enhances the gaming experience of the device. This feature was added to give the Switch more performance in comparison to other Nintendo devices and create a more competitive gaming experience.

Recent articles on gaming and tech have mentioned the acronym “DLSS” more frequently. Those who know about it may know that it has to do with Nvidia graphics, and that it might be coming to the new Nintendo Switch console, which is due later in 2021, Bloomberg reported. Nevertheless, how does it work, and why is it important?

Deep learning super sampling, or DLSS, is Nvidia’s method of making its RTX graphics cards work smarter, not harder, by running games at a lower resolution, and allowing AI to dramatically improve the visual quality with less performance overhead. Using deep learning components, you can make your game look as though its resolution hasn’t gone down at all. There are currently over 20 PC games that can be played with this feature, which include Cyberpunk 2077, Fortnite, Monster Hunter World, Control, and others.

Performance has been boosted by a considerable margin using this technique on PC. As a result of the advent of ray tracing technology, DLSS has allowed gamers to experience all the latest visual effects even without needing to spend outrageous amounts on a GPU. There are RTX 3060 graphics cards with this feature (and previous-gen RTX cards), as well as previous-gen RTX 20-series cards (though you won’t find any of those right now). Nintendo Switch is a low-power device, so you can imagine why it may be an excellent fit for a device that cannot handle that much power.

Nvidia’s Tegra X1 system-on-a-chip, first used in 2015, powers Nintendo’s Switch today. The Switch’s screen has a resolution of 720p when playing portable games, and it has a lower resolution when docked. Getting their games to run well on the portable Switch console requires some huge compromises from the Switch developers.

In the case of Doom and Doom Eternal, for example, Panic Button heavily relies on visual tricks such as dynamic resolution, motion blur, and pixel-rich aesthetics to mask the Switch’s inherent shortcomings compared to other consoles, even at 720p. Digital Foundry reports that Wolfenstein: Youngblood runs on portable systems at a 540p resolution, and even Nintendo’s own The Legend of Zelda: Breath of the Wild struggled to keep up, as well as a few other games that managed 60 frames per second.

DLSS is rumored to help the next Switch games

All of this makes the recent rumors about DLSS being used in the next Switch all the more exciting for me. DLSS isn’t guaranteed, but it should improve the performance and look of future Switch games (and perhaps pre-existing games as well), whether in portable mode or displaying a higher resolution while docked.

There would be a need to patch individual Nintendo Switch games to support DLSS, as has been done for a relatively small amount of PC games. Would DLSS work translate to Switch ports if PC games with DLSS support got ported? Perhaps Nintendo and Nvidia can work together to somehow create games that are compatible with DLSS so that all games could benefit from a boost in performance?

There is currently a version of DLSS 2.0 available for PC, which enables RTX AI cores to race and run more efficiently than the previous version. An article on TweakTown claims that DLSS 3.0 could be in the works for GPUs built with the latest Ampere architecture, citing a YouTube video from channel Moore’s Law is Dead. According to the developer, it will automatically enhance AI capabilities of all games that support temporal anti-aliasing (a technique that ensures smooth tessellation, especially with moving cameras), not just the ones that have been patched. In that case, Nintendo would find it much easier to introduce DLSS to more games.

The Switch’s smaller screen may make DLSS’s minor wrinkles even easier to forgive than they are on a PC monitor, specifically since sub-720p games likely won’t need a huge overhaul to look even better on the Switch than they do today. If it receives additional graphical power, current games would also run at 4K when docked to a TV. I think this would be an ideal first look for Breath of the Wild 2 or Metroid Prime 4, or perhaps even Splatoon 3.

The adoption of 4K TVs has grown rapidly since the launch of the original Nintendo Switch. Nintendo should use hardware that’ll look better on newer televisions, so it makes sense to use that hardware. However, whichever processor Nintendo eventually chooses to include in the next Switch, it will still be a mobile processor that can’t compete with the power of machines like the Xbox Series X and PS5. It will, hopefully, be enough to make future Switch games look much better than the ones you play today. 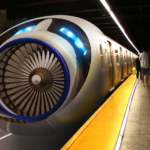 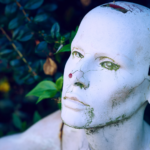