At 2:00 p.m. on Monday, Jan. 24, Webb’s thrusters will be fired to place the space telescope in orbit around the Sun at the second Lagrange point, or L2, its intended destination, approximately one million miles from Earth. This mid-course corrective burn has been scheduled for about 29 days after launch for a long time. The burn’s target date and timing were chosen by the mission operations team this week. Engineers also completed the months-long process of aligning Webb’s optics by remotely relocating the telescope’s mirror segments from their launch positions.

Viewers of this episode, “What’s Next for the James Webb Space Telescope?” can ask questions via social media using the hashtag #UnfoldtheUniverse or by posting a remark in the Facebook or YouTube stream’s chat box. The following people will respond to questions from the public:

Following the episode, NASA will host a media teleconference focused on the L2 insertion burn and mirror movements, as well as the next steps in preparing Webb to conduct science. The call will feature:

To participate in the teleconference, media must RSVP no later than two hours prior to the event to Laura Betz at: laura.e.betz@nasa.gov. NASA’s media accreditation policy for virtual activities is available online.

Webb, a joint project of the European Space Agency and the Canadian Space Agency, took out from Europe’s Spaceport in Kourou, French Guiana, on December 25. After being packed inside the nose cone of an Arianespace Ariane 5 rocket for launch, Webb finished unfolding in space on Jan. 8.

The observatory is now preparing for science operations through commissioning, a human-controlled process that allows the crew to pause and change as needed. On the Webb telescope blog, NASA posts regular updates about commissioning milestones. Webb’s progress can also be tracked online using an interactive tracker called “Where is Webb?”

Webb will look at every aspect of cosmic history, from the inner workings of the solar system to the farthest detectable galaxies in the early cosmos, and everything in between. Webb will make fresh and unexpected findings that will aid humanity in understanding the universe’s beginnings and our place within it.

For more information about the Webb mission, visit: https://webb.nasa.gov 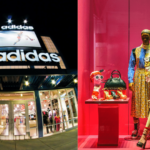 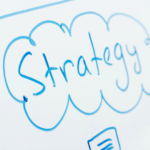