Bill Gray, an independent researcher specializing in orbital dynamics and a producer of astronomical software, was the first to reveal the object currently on course to strike the moon.

In 2015, he identified it as the second stage of a SpaceX Falcon rocket, which launched the US Deep Space Climate Observatory, or DSCOVR, the same year.

According to him, the object passed by the moon two days after DSCOVR’s launch and was initially dubbed WE0913A by asteroid spotters.

“I and others came to accept the second-stage identification as correct,” Mr Gray said on his website.

“The object was about the brightness we expected, had appeared on time, and was travelling in a reasonable orbit.”

His estimate was generally confirmed by other space specialists including NASA, which claimed it was monitoring the rocket’s course.

The impact is still planned for the moon’s far side, which will be invisible from Earth.

On impact, the rocket will most likely disintegrate, leaving a crater measuring 10 to 20 metres in diameter.

Mr Gray, on the other hand, admitted over the weekend that he had misunderstood the object’s origins.

This follows his conversations with NASA’s Jet Propulsion Laboratory’s Jon Giorgini, who, while not tracking space trash, does keep a close eye on a lot of active spacecraft, including DSCOVR.

“Jon pointed out that the DSCOVR spacecraft’s track did not get unusually close to the moon,” Mr Gray added, using JPL’s Horizons system.

‘You would think the world could afford to hire at least one person to do this properly, and maybe require space agencies to make public their deep space trajectories,’ – Astronomer Jonathan McDowell

“It would be a little strange if the second stage went right past the moon, while DSCOVR was in another part of the sky. There’s always some separation, but this was suspiciously large.”

“Analysis led by NASA’s Jet Propulsion Laboratory’s Center for Near-Earth Object Studies indicates the object expected to impact the far side of the Moon March 4 is likely the Chinese Chang’e 5-T1 booster launched in 2014,” a NASA statement released Monday said.

“It is not a SpaceX Falcon 9 second stage from a mission in 2015 as previously reported. This update results from analysis of the object’s orbits in the 2016 – 2017 timeframe.”

Mr Gray said he went back over his data and came up with a new explanation: The object, he added, was the third stage of China’s Long March 3C rocket, which was used to launch the country’s lunar orbiter in 2014.

Identifying space debris in deep-space orbit is “never easy,” according to Jonathan McDowell, an astronomer at The Harvard & Smithsonian Center for Astrophysics, but he believes Mr Gray’s new identification is likely correct.

He explained: “It’s especially hard for these things in chaotic deep space orbits where you pick something up several years after it was last seen and try and backtrack it to match it with a known mission.”

Mr McDowell said the uncertainty over the rocket stage’s identity showed the need for NASA and other official organisations to more actively monitor deep space trash, rather than depending on the limited resources of private persons and academics.

He estimates that roughly 30 to 50 lost deep-space objects, such as the rocket stage, have been missing for years, but no space organisations have kept track of space trash so far away from Earth, he says.

“It’s not like stuff in LEO (low Earth orbit), where there’s a lot of traffic and garbage presents a threat to other spacecraft.” But you’d think knowing where we’ve dumped things would be a smart idea.”

‘The object expected to impact the far side of the Moon March 4 is likely the Chinese Chang’e 5-T1 booster launched in 2014,’ – NASA statement

He added: “It’s not a very high priority, but you would think the world could afford to hire at least one person to do this properly, and maybe require space agencies to make public their deep space trajectories.”

Mr Gray believes that more spacecraft will enter this type of orbit in the future, and that some thought should be given to keeping “outer space clean.” 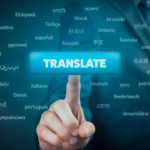 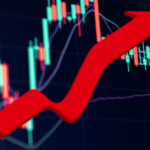