Bacteria can have superhuman abilities. Some people thrive in practically any situation. Others have the ability to turn hazardous elements into innocuous sludge. Shewanella oneidensis is a bacteria that can do both. This bacterium, on the other hand, possesses a considerably more unusual superpower: it can both absorb and create electricity. Indeed, according to new study, these bacteria may be able to utilise energy obtained from wind or solar sources to produce fuels for automobiles and other applications.

Annette Rowe describes these critters as “consuming electricity.” She works at the University of Cincinnati in Ohio as a microbiologist. Her team has recently discovered the genes that the bacteria employs to consume power.

Getting to Know Electricity

Negatively charged particles are electrons. An electric current is created by a moving stream of them. Shewanella can transfer electrons back and forth across its cell wall, as scientists previously understood. But, according to Rowe, scientists didn’t know how the bacteria controlled their current.

“The electron passage in and out of the cell is like a wire,” Rowe explains. “It permits current to flow from within to without.” “You may force electrons into the cell” if the flow is reversed, she explains. The cell may then employ those electrons for something else, like generating electricity. It might also store the energy for later use. These electrons may, for example, be utilised to create fuel.

Shewanella’s cellular “wire” has to be regulated by genes, Rowe understood. Which ones, though?

Buz Barstow came to the rescue. He is a Cornell University biological engineer. It is located in Ithaca, New York. He had previously compiled a list of over 4,000 genes found in this bacteria. There were also mutations, or alterations, in those genes on the list. Rowe looked for genes that make up Shewanella’s cellular “wire” in these mutations.

What exactly are genes?

A gene can be deleted within a cell. Rowe and her colleagues studied groups of bacteria with missing genes for the latest study. Their objective was to figure out which genes were missing that allowed the bacteria to suck electrons in. These genes were most likely involved in the formation of the cell’s “wire.”

That wasn’t a simple process. “Looking for electron flow” and tracking the electrons was “very difficult,” she says. However, they eventually invented a brilliant test. The distinct mutant bacteria were grown on glass coated with a thin metal layer. The bacterium was then linked to a wire. They could quantify how much the bacteria absorbed or contributed by sending an electric current through the wire. The scientists recognised the removed genes had to be the ones required for electron flow if electrons didn’t flow.

They eventually zeroed down on five of these genes, which Shewanella appears to employ to absorb electrons. Each gene instructs the cell on how to produce a certain protein. Some of those proteins are thought to “grab” electrons and transport them inside the cell. Others may provide signals that direct the process within the cell. Others may be able to expel electrons from the cell.

They eventually zeroed down on five of these genes, which Shewanella appears to employ to absorb electrons. Each gene instructs the cell on how to produce a certain protein. Some of those proteins are thought to “grab” electrons and transport them inside the cell. Others may provide signals that direct the process within the cell. Others may be able to expel electrons from the cell.

Biofuels made from bacteria

Electric bacteria may be used in a variety of ways, according to scientists. Making biofuels is one option. These are not the same as fossil fuels like coal and natural gas. (Carbon-rich fossil fuels come from the rotting remnants of old living beings.) Ethanol is a biofuel that may be manufactured from maize or sugarcane and mixed with regular gasoline. Diesel-powered vehicles can be converted to run on another biofuel. Biodiesel is a type of fuel manufactured from vegetable or animal fats.

Plants and animal wastes provide the carbon for biofuels. They could even obtain their carbon from microbes one day, according to Rowe.

Shewanella is one of the bacteria that can extract carbon atoms from CO2. They can utilise it to make bigger molecules that can be burnt as a biofuel. Shewanella could keep creating these compounds, Rowe explains, because of the electrons it eats.

According to Rowe, knowing which genes control electron consumption might aid scientists in the development of novel biofuels. Even better if the bacteria are “fed” by electrons generated by wind or solar electricity. Such sources might be used to power the biofuel-making process without releasing carbon dioxide into the atmosphere, which is a greenhouse gas.

Elad Noor is a scientist who studies the environment. He is a scientist at the Weizmann Institute of Science in Israel. It’s in the Israeli city of Rehovot. There, he’s assisting in the development of novel methods for “fixing” carbon, or pulling carbon from carbon dioxide to create other chemical molecules. The use of bacteria to produce biofuels is appealing since bacteria can reproduce and should be able to reuse carbon. He adds that generating electricity in bacteria would also be environmentally friendly. After all, unlike a typical battery, bacteria don’t require hazardous metals.

Working with live creatures, on the other hand, is difficult, he warns. He argues, “Biological systems are difficult to forecast.” “There are considerably more efficient ways to store energy.”

Rowe’s team discovered genes in Shewanella that are found in other bacteria. The team intends to look for others who can store and release electrons. Rowe also wants to help Shewanella enhance her talents since “these are the creatures we know the most about.” 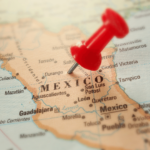 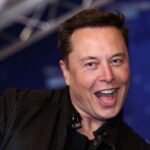