Artificial intelligence has completely changed many parts of our existence, both professionally and personally. Several industrial operations, ranging from healthcare to transportation, are now carried out more quickly and efficiently by computers or smart robots. These machines are capable of doing increasingly difficult and potentially hazardous operations in business with little error. The robots can access inhospitable locations, such as those that necessitate deep-sea diving, making coastal operations considerably safer and quicker. Overall, artificial intelligence has improved our perceptions of our professional and personal settings.

Recently, AI researchers revealed that combining machine learning and neural networks can aid in the discovery and clarification of several secrets of the big bang theory, the universe’s fundamental mysteries.

Artificial Intelligence has grown considerably more accessible in recent years than what humans perceive. With the introduction of strong techniques like deep learning, teaching computers to accomplish things without being explicitly programmed has become much easier and seamless. Deep learning has revolutionised fields including speech recognition, natural language processing, computer vision, and other technologies. Researchers and scientists can now utilise this technology to explore the universe and construct algorithms based on data collected by space telescopes in order to better understand how galaxies evolve.

With AI, we can better understand the Big Bang Theory.

High-performance computers and highly complicated computer simulations can be used to study the Big Bang, but the results are difficult to assess. Integrating neural networks with logic can connect the mathematical potential of space physics with logic and reveal a number of secrets. Image recognition is a common application for neural networks. Furthermore, with the help of such neural networks, it is feasible to make system predictions. These deep learning models will aid astronomers in understanding the concepts and technology that underpin the events that occur in the universe. In addition, a deep residual network-based hybrid convolution neural network model is given. Scientists can also use Artificial Intelligence to investigate the mapping of the cosmos and discover distant objects inside it. 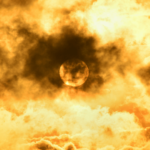 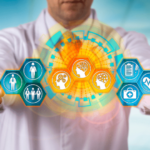