The Milky Way galaxy has a giant sphere-shaped cavity in the sky between the constellations Perseus and Taurus, found by astronomers studying the vast reaches of the galaxy. There is a cavity about the size of a small galaxy that was probably formed by an ancient supernova that went off 10 million years ago.

Astronomers discovered the new structure while looking at 3D maps of the shapes and sizes of nearby molecular clouds. Molecular clouds – regions in space where stars form – surround the mysterious cavity in Jupiter. Per-Tau shell has been named by astronomers.

Specifically, the research reported in the Astrophysical Journal Letters reveals the first observational evidence for the long-hypothesized phenomenon of molecular clouds and stars triggered by stellar and supernova events.

It appears that the molecular clouds around Perseus and Taurus are not independent structures in space, according to the Harvard & Smithsonian Center for Astrophysics. Rather, they appeared in tandem in response to the very same supernova shockwave.

“Hundreds of stars are forming or exist already at the surface of this giant bubble. We have two theories—either one supernova went off at the core of this bubble and pushed gas outward forming what we now call the ‘Perseus-Taurus Supershell,’ or a series of supernovae occurring over millions of years created it over time,” Shmuel Bialy, a postdoctoral researcher at the Institute for Theory and Computation (ITC) at the Center for Astrophysics (CfA) who led the study said in a statement.

As science and technology advance, the universe and the cosmos expand as well. The latest findings are based on a 3D map of the bubble that was constructed with the help of new data gathered by Gaia, the space-based observatory launched by the European Space Agency (ESA).

The 3D maps were created by researchers at the Max Planck Institute for Astrophysics. The 3D maps are the first to depict clouds in three dimensions. Previously, cloud images have only been available in two dimensions.

Previously, astronomers have tested these theoretical ideas with computer simulations, but this is the first time they can use real, rather than simulated, 3D views to compare theory and observation and to decide which theories are the most viable.

As a result, the researchers have created first-of-its-kind astronomy visualizations in augmented reality for the public to interact with the cavity and its surrounding molecular clouds by simply scanning the QR code in the paper with their smartphone. 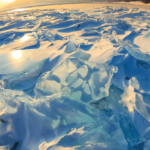 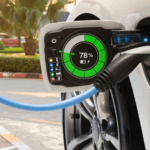