WWE has signed a multi-year partnership with Blockchain Creative Labs, the non-fungible token (NFT) company and studio of Fox Entertainment and Bento Box Entertainment, to develop an NFT marketplace for WWE-licensed digital tokens and collectibles. WWE will be able to produce NFTs that commemorate its most famous moments, past and present WWE Superstars, and flagship events like WrestleMania and SummerSlam as a result of the agreement. Specifics such as the marketplace’s name and debut date have yet to be determined, but will be revealed in the coming weeks.

Eluvio’s blockchain technology will power the marketplace, which will act as a centre for customers to buy, sell, trade, and store digital tokens. It will be compatible with Ethereum and other blockchains. Fans will be needed to create a secure WWE digital wallet through Eluvio in order to participate in the WWE NFT marketplace, which will operate as a vault and allow consumers to acquire collectibles using traditional cash or cryptocurrency assets.

In a statement, Scott Greenberg, CEO of Blockchain Creative Labs and Co-Founder/CEO of Bento Box Entertainment, said, “We know WWE’s passionate fan community will love owning authentic digital goods across the organization’s creative universe — from past and present stars to classic, culture-defining moments.”

“Our NFT studio is all about enabling fans to own NFTs and tokens that carry utility and social clout directly from the creators and brands they love, spanning animation, sports, shows, and movies to music, books, art, pop culture, and every other Web3-powered media asset you can imagine,” he continued.

Meanwhile, WWE Senior Vice President of Revenue Strategy and Development, Scott Zanghellini, argues that the new alliance would allow both firms to experiment with new and innovative methods to engage WWE’s devoted fans.

Blockchain Creative Labs has built “The MaskVerse” for a prominent American TV show called “The Masked Singer,” in addition to the WWE NFT Marketplace. The partnership also plans to build an unique digital Marketplace for Emmy Award-winning creator Dan Harmon’s upcoming animated comedy, Krapopolis, which will be the first animated series exclusively curated on the blockchain. 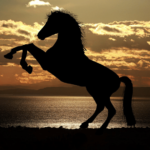