Virtual reality (VR) and augmented reality (AR) headsets, wearables, and voice-controlled homes were once the stuff of science fiction. According to research released today by the International Data Corporation (IDC), VR, AR, wearables, and smart home technology have all passed the early-adoption stage and are now firmly part of the “mass market.” According to the worldwide research agency, the combined market will reach $369.6 billion by the end of 2021 and $524.9 billion by 2025.

AR and VR, combined, are expected to expand the most of the three categories, according to IDC, thanks to both corporations and individual customers. According to IDC, the latter is particularly interested in “strong gaming solutions.” Today, businesses account for the majority of AR spending, but IDC believes the market for AR headsets aimed at the general public will expand. It forecasted a compound annual growth rate of 67.9% for AR and VR combined from 2020 to 2025, which is more than ten times the next competitor, smart home technology (10.1 percent growth rate).

The most valuable market, however, will be smart home technology, which is expected to be worth more than $400.3 billion by 2025. Smart TVs, streaming players, and other “networked entertainment gadgets” are predicted to be the leading sellers in 2025, with a market value of $229 billion.

Smart home and office technology will be driven by services rather than hardware features and reliability, according to Adam Wright, senior research analyst for IDC’s Smart Home and Office Devices team.

“The breadth, depth, uniqueness, and quality of data sets will increasingly determine the value potential of a smart home vendor, and as device margins are pressured, the role of devices will largely be relegated to vehicles for service delivery,” Wright said in a statement accompanying today’s announcement. 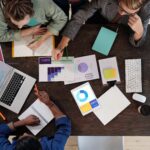 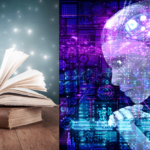