Bitcoin, a digital currency that functions like the US dollar and other physical currencies, is gaining a lot of traction. Despite fluctuations, crypto markets have experienced phenomenal growth.

According to Chainalysis, a blockchain data platform, the Indian market is expected to grow from $923 million in April 2020 to $6.6 billion in May 2021. In terms of cryptocurrency adoption, India ranks 11th out of 154 countries.

The first cryptocurrency to capture the attention of investors was Bitcoin. The advent of new blockchain-based platforms has since then been widespread.

Blockchain: What is it?

There are many machines that share a blockchain database. The very existence of cryptocurrency is enabled by this technology.

To ensure that money units are not created, and that transfer of funds is verified, blockchain employs strong encryption techniques. Record additions to the chain are very difficult to change once they have been added. A constant check of the database copies by the network ensures the integrity of all copies.

Bitcoin and other crypto-currencies have used blockchain to undergird their transactions. But blockchain has many other potential applications.

Cryptocurrency experts consider it to be the fastest growing blockchain network. Transaction fees for Solana are less than $0.01 and the block time is 400 milliseconds.

SOL – its token – is a digital currency. This has seen it rise to seventh place in the top 10 most valuable cryptocurrencies amid speculation that it could be Ethereum’s long-term successor.

According to CoinGecko, the market value of Solana’s SOL token has tripled over the past three weeks.

There has been a significant increase in interest in the “metaverse”, or shared virtual environments. The term metauniverse originated in science fiction by combining the prefix “meta” with the verb “universe”.

A virtual world in which land, buildings, avatars, and even names are traded, often using cryptocurrency. Besides strolling with friends, visiting buildings, buying goods and services, and attending events, these places let people do many other things.

From workplace tools to gaming platforms and community platforms, virtual reality encompasses a variety of tools.

As far as the daily trading volume of cryptocurrencies is concerned, it claims to be the world’s largest cryptocurrency exchange. The Cayman Islands are Binance’s jurisdiction and the company was established in 2017 based on its website.

As Singapore’s central bank recently declared that Binance should cease to provide payment services, the company is in a bind. Binance’s website could be out of compliance with Singapore’s Financial Services Authority by providing payment services to residents without a proper license, as highlighted by the Monetary Authority of Singapore last week.

Having suffered the blow, the exchange has announced that its services will be limited in Singapore beginning September 10.

India was Binance’s first market in 2019.

There are several companies that are interested in launching trading platforms in India to capture the domestic crypto market, which is growing rapidly. Cryptocurrency’s fate in India remains unclear, however.

It was anticipated that the government will introduce a bill by March that will ban the trading and holding of cryptocurrencies. However, the bill was not introduced in session, and it is unclear what the government plans to do next.

India’s Reserve Bank of India (RBI) said recently that it plans to introduce its own digital currency by December. 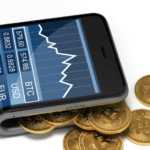 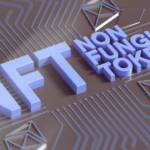