With the arrival of super intelligence in the form of robotic surgery, there’s a reasonable possibility that powerful anastomosis procedures will be done much better by robots than human surgeons.

Artificial intelligence in health care is dominated by machine learning. There are a number of different versions of this technique that are a fundamental part of AI and healthcare technologies.

Precision medicine is the most widely used application of traditional machine learning in healthcare. It represents a huge leap forward for many healthcare organisations to anticipate which procedures will be successful given a patient’s make-up and the treatment framework. Many applications of AI in healthcare use machine learning or precision medicine that require training data. These results are known before the applications are used in practice. Supervisory learning is what is meant here.

As part of natural language processing (NLP), artificial intelligence is used in healthcare to identify speech. Human observers are often unable to interpret features of deep learning models, so the results of the model may be difficult to delineate without proper interpretation.

Surgical Robots making it through

As we all know, the use of a robotic surgeon or a robotic hand that assists during surgery is increasing, and this will continue to improve with the advancement of data and the advancement of IoT devices that are being built in,particularly the sensor part, especially with regard to sensor and advanced technology.

It will be completely replaced in the future. With larger scale implementations, such as the imaging system in Tesla, which is familiar only to us because they use computer vision and pattern recognition for their road analysis, they have encoded decision making in some cases, but there were a lot of accidents that had to happen and were still questionable on the road.

As a result, there will be 3D imaging and tyre roads in landscapes where they wish to automate and give the client or consumer who was using it the option to automate. But, at the same time, they’re having trouble launching that product in India.

So far, pattern recognition and computer vision are technologies that have not been fully explored. For example, if the road is straight and you know there are items that the car can detect, this is not surprising.

That is the situation with surgery, which we have mechanised right stream. The simple surgeries that take less time to perform can be automated; however, the complex surgeries are where the challenge lies. For example, in the automated vehicle industry, we are exploring Lidar and other 3D mapping technologies; similarly, in the surgery industry, we will be exploring different sets of sensors and improving on them.

In the 1980s and later periods, expert systems based on variations of “if-then” rules were the most common AI technology in healthcare. To this day, artificial intelligence is routinely used in healthcare for clinical decision support. Many electronic health record systems (EHRs) now include a set of rules as part of their software.

Expert systems typically enlist the help of human specialists and engineers to create a large set of rules in a certain knowledge domain. They work well up to a point and are simple to understand and process. However, once the number of rules grows too vast, usually in the thousands, the rules might start to clash and fall apart. Changing the rules might also be time-consuming and difficult if the knowledge area changes significantly. In healthcare, machine learning is gradually displacing rule-based systems in favour of alternatives that interpret data using proprietary medical algorithms.

The Future of Artificial Intelligence in Healthcare

The most difficult hurdle for AI in healthcare is assuring its acceptance in daily clinical practise, not whether the technologies will be capable enough to be useful. Clinicians may eventually gravitate toward tasks that demand specialised human abilities, such as those that require the highest level of cognitive function. Perhaps the only healthcare practitioners who will miss out on AI’s full potential are those who refuse to collaborate with it. 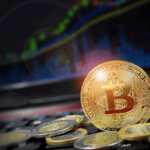